China has achieved its target on Zero Steel Scrap import for the first time in this century after the implementation of metal scrap import limitations in 2017.China- The Largest Consumer of Steel Scrap:China is considered to be the largest consumer of steel scrap when compared to other countries like Japan, South Korea, Taiwan, and India. According to the statistics, the steel scrap consumption in China rose by 20.7 percent when compared to the last year. The Chinese government restricted the import of scrap metal in June 2017, targeting zero import of steel scrap import by 2020.Import Ban Scrambled Scrap Exporter:Due to the restriction imposed on metal scrap import in China, the scrap metal exporter in Melbourne looked for new markets to export their scrap materials. But the scrap price that was offered by the other countries scrap metal dealers were low when compared to China said a senior trader.Zero Import of Steel Scrap:According to the customs data, “no scrap was bought by the world’s top steel producer from other countries in August 2019 after the implementation of scrap import restriction by the China President Xi Jinping. These rules made China to get isolated slowly from the global scrap market. The absence of scrap imports was balanced by the iron ore supplied from the mines in Australia and Brazil. After 2020, it is expected that the supply of domestic steel scrap would rise to a greater extent.Demand for Domestic Scrap Metal:The restrictions on importing scrap metal have raised the need for domestic scrap metal in China. This demand hiked the local scrap metal price and dropped the china steel price. These scenarios triggered a participant to appeal to the Chinese government to make changes in their regulations so that the imported scraps will reduce the pressure on margin. 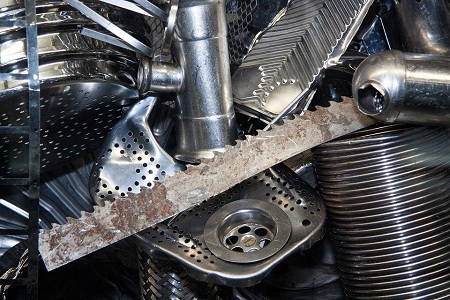 Camu Urged the Government:The Deputy Director of China association of metal scrap utilization (Camu) Mr.Li Shubin stated that “the ferrous scrap is rich in Fe- content which will be acting as a base for the growth of Steel industry in China and so it is not a waste.” He has been insisting the Chinese government to remove the ferrous scrap from the hazard waste category so that it will not be restricted to import.Will China to End Steel Scrap import ban?China stands at the top in steel scrap consumption with a growth of 15 percent to 101 mnt in the first half of 2019. But its growth will be stuck in the future by the domestic scrap shortage and the high price of steel scrap. The ferrous scrap import fell by 83 percent when compared to the last year. The ban of ferrous scrap import has increased supply shortages in China and also few steel mills in southwest china have stopped its production due to the lack of scrap. If the China government accepts these appeals, this will bring a massive change in the global scrap marketThe author of this article is working in a leading scrap business online portal. Here, the author discusses the current scenario of the China scrap metal industry due to the scrap metal import restriction by the government and how do the changes in steel scrap Import ban would impact the global scrap market. To know more, visit https://www.recycleinme.com/.