The transport industry accumulates up to 20% of total greenhouse emissions with passenger and freight vehicles contributing more than 75% of the total transport sector’s share. The need for a sustainable source of energy especially for the transportation industry is a crucial step to reduce total greenhouse emissions. The expectation of technology’s assistance towards the movement is growing steadily with the recent uptick in the electrical car market in addition to the latest cars that support hydrogen fuel ie Hyundai NEXO.The debate to find the most economic and cost effective solution to accelerate the transition towards the green transport market is wildly comparable to the space-race in the 1960s. Both private and government companies are beginning to invest in both of the options. Hydrogen and Electric cars have their own perks and pitfalls. The both have the potential to be one of the cleanest cars in the world.Electric cars dominated the markets in the early 20th century however due to low battery capacity and higher driving expectations, ICE replaced electric cars. Recently, with rising climate change concerns, scientist have reshaped battery cell technology and made electric cars equivalent to fossil fuelled cars. In some cases, like acceleration and top speeds electric cars are going unmatched. This all comes with a hefty price tag that not many people are willing to pay. Dr Christopher Munnings from CSIRO says electric vehicles are already cost-competitive in the luxury SUV market. Coupled with improvements such as electric car charging station networks around main highways, electric cars can be recharged within a span of an hour. The expectations of driving with sustainable fuel meets with the current technology evolution, is the most desired experience for all electric drivers.Hydron Fuel cell Electric vehicles (HFCEV) are similar to electric vehicles and ICE engines. HFCEV’s can be refuelled in no more than three minutes similar to fuel station. The fuel is combined with oxygen that allows the vehicle to be operational. Current HFCEV can reach up to 1000km in single tank which is ideal for undistributed long road trips. This counters the range anxiety that existing EV drivers have with electric car chargers. Conversely the lack of refuelling infrastructure around main highways is current problem. South Australia last week released its hydrogen road map, which outlines its intent to take the national lead in driving a hydrogen economy, including a $8.2m trial of a hydrogen bus fleet and refuelling station. 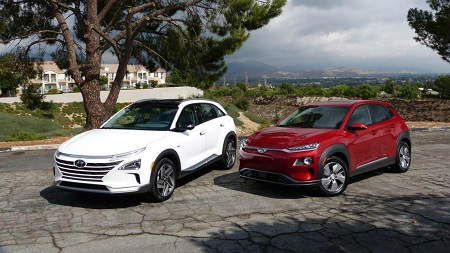 Sustainable energy promoters are advocating both hydrogen and electric cars. For now, hydrogen can be used by freights and trucks as it is better suited for long distance travels. Electric cars are well suited for urban areas with high density of DC fast charging networks. The ability to charge electric vehicles at home and growing availability public charging infrastructure, and ranges in the order of 300 kilometres per charge puts them in a good position to take a leading role in the national transition to clean passenger transport.Sam Korkees is an Electric car expert and enthusiast who believes in the transition of Australia to Electric vehicles. He believes that every car should be electric or you should walk. See more at https://evse.com.au/