The Australian tyre scrap recycling company Green Distillation Technologies has recently made a contract with Volco Power Ltd to launch five tyre waste recycling plants in South Africa.Tyre Scrap Recycling in South Africa:The Business Development Manager of Volco stated that South Africa seems to be the right place for tyre scrap recycling. The country generates more than 300,000 tonnes of tyre scrap a year in which less than 20 percent of the waste recycled and 60 million of the tyre wastes are dumped into some storage spot illegally.Synchrona – Predecessor of Volco:Synchrona is the predecessor of Volco, which is much specialized in converting the municipal trash and tyre scrap into electricity and various forms of energy across 15 countries in Africa. Now, Volco had decided to focus on providing energy to private industrial clients due to some problems in obtaining the power purchase agreement with their government.Australian Tyre Recycler Company:Green Distillation Technologies has come forward to construct five recycling plants in South Africa, which cost up to 50 USD million. The technology is much capable of converting the old used tyre scrap into other useful materials like high value oil, carbon and steel. The Chief Operating Officer Mr. Trevor Bayley stated that “they are glad to take their technology to other countries.” The Australian company received requests from various countries from all over the world. But, the company has signed its first MoU with South Africa. Also, their technology would make a remarkable change in the environment of South Africa as the process will be of emission-free.Tyre Recycling Plant:The Tyre Recycling Plants that are planned to get built in South Africa will contain six tyre scrap processing modules. These processing modules are capable of processing nearly 700,000 tons of tyre scrap per year. Out of 21 hectares, nearly four hectares of place allotted for building the plant and the remaining left for the future development and other projects. 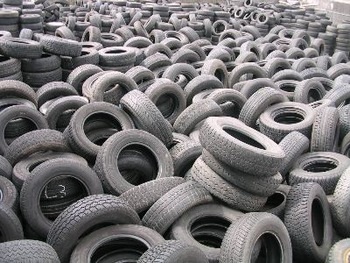 Effective Technology:Fragmenting or crumbling the used tyres is not considered to be recycled; it just reduces the tyre into small pieces that will last for several years. The other approaches involved in the old tyre scrap recycling produces hazardous emissions and also low-value products. Green Distillation Technology will overcome these crises and convert the used tyre scrap into a valuable material. The recycling plants will be constructed in five of nine provinces, depending on the available volume of scrap tyre in South Africa. Mr.Bayley concluded that “they have all the required government approvals for the plant in Toowoomba, Queensland. Even before starting the construction, those plants are in a position to generate revenue. The other states of Australia also enquire the company to build the plant in the region.” So, this technology is expected to rise up the tyre scrap recycling in South Africa and thereby eventually reducing the illegal dumping of tyre waste in their siteThe author of this article is working in a leading scrap business online portal. Here, the author discusses the recycling of scrap tyre in South Africa and what changes will happen after the establishment of Tyre Scrap recycling plant in South Africa by the Australian Company. To know more, visit https://www.recycleinme.com/.